Sailwing 100. LE at 30 deg. Spar 1 at 28. Spar 2 at 25. TE at 21. All ribs at 21 to TE in notch. Rib 1 at 3 degrees inward. Now to mark for wing joiner tubes. Only first 4 ribs. But cut and drill mirror opposite wing at same time so all line up. Then take apart and drill and reassemble. Or its never right. But I love doing it. The warm up for the Fillion Champion!
Bob 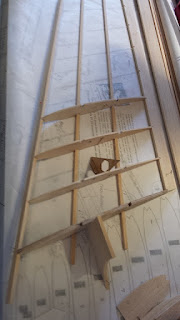 I couldn't resist posting the old and the new.

The first is Jack Hiner launching a JETCO Imperial by Don Ellis. Don and Jack were early members of the S.O.A.R. Club in the Chicago Metro area. 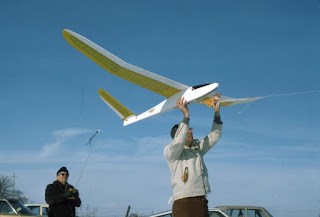 Don and Jack are dressed for those brisk midwest conditions. Here's Jack's comment "Reminds me of a SOAR member Don Eliss (spelling)  a WW II vet who stretched The Imperial from 100 to 120-inch span.  A great flyer with me launching for Don in this photo in the 1970s.  A cold Winter day.  Don with hat and gloves.  Much younger me no hat or gloves." 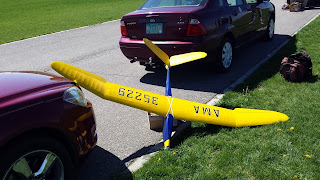